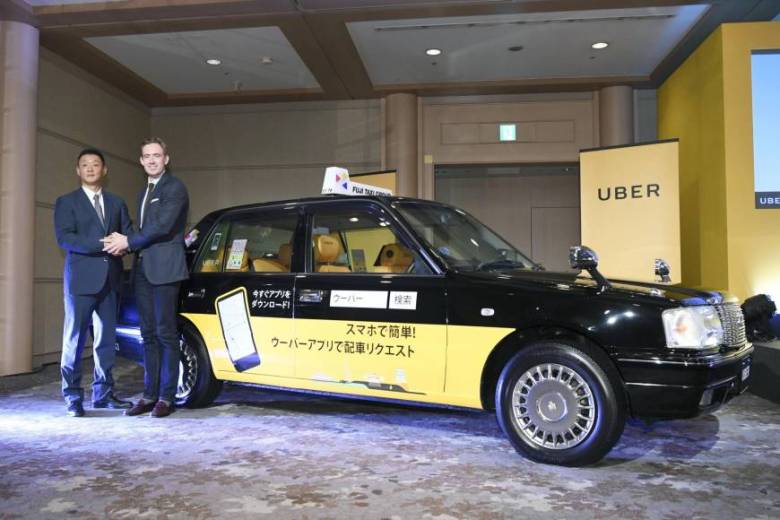 Uber Technologies Inc. has finally found a partner for its cab-hailing program in Japan, one of the world’s largest taxi markets. The San Francisco-based company struck a deal with the Fuji Taxi Group to let people hail cabs through its app in Nagoya, Japan’s third-most populous city. Uber gets an unspecified cut of all fares, which will be based on standard rates required by regulators. Their agreement initially covers more than 350 cabs, a big portion of the Nagoya-based operator’s fleet, which amounts to about 5 percent of the city’s cabs.