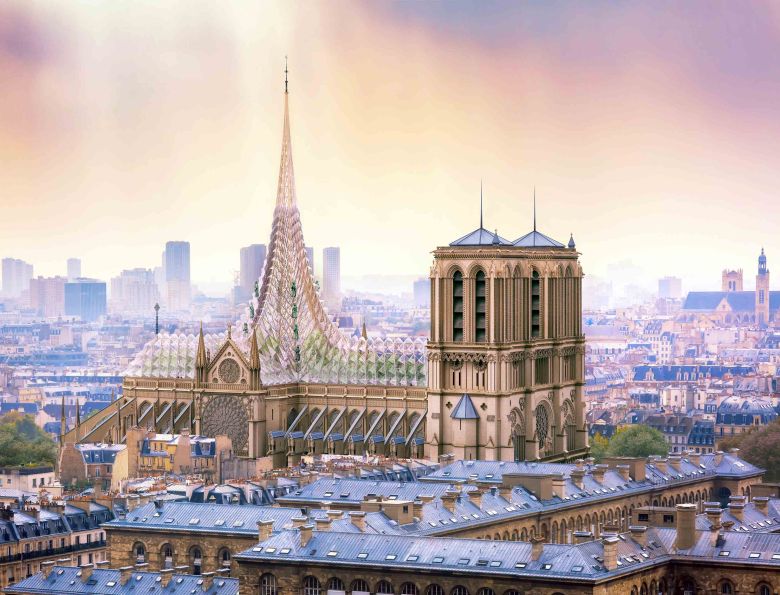 The rebuilt Notre Dame could feature a futuristic glass design, solar power, and an urban farm that supports vulnerable and homeless Parisians, if one architecture firm’s vision is realized. In April, French Prime Minister Edouard Philippe announced an international competition for architects to redesign the cathedral’s 19th century spire, which collapsed after a fire devastated the 850-year-old Gothic landmark. Paris firm Vincent Callebaut Architectures responded to the call with an innovative, eco-friendly design that supports the local population and produces more energy than it uses.

Question: Do you like this idea or would you prefer to see monuments reconstructed as they were before ?