Question: Should fans be free to express themselves or should they follow the etiquette of the sport in general?

Rafa Nadal criticized fans for showing a lack of respect at the ATP Cup following Spain’s defeat by Serbia in Sydney.

The Spaniard appeared to be irked when he trailed 5-2 in the first set, speaking with the match umpire before giving a sarcastic thumbs up to a noisy section of the crowd.

“Honestly the crowd was fantastic every single day but sometimes people from some countries, they probably don’t understand how tennis goes,” Nadal told reporters after the loss.

“They think it’s (like) football and stuff and the atmosphere in tennis is different. The respect for the players should be there and at some points I think the respect from a small part of the crowd (wasn’t) there.” 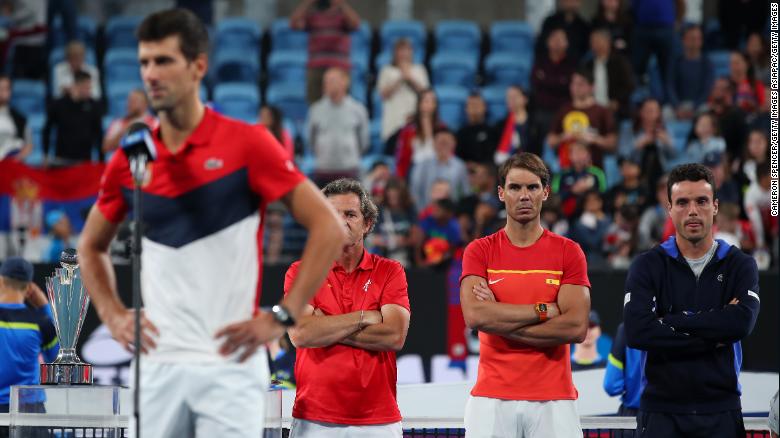 Djokovic, alongside Viktor Troicki, triumphed in the doubles decider against Feliciano Lopez and Pablo Carreno Busta to secure the title for Serbia.

The ATP Cup, which introduced a second team event to the tennis calendar on top of the Davis Cup, saw 24 countries compete across three Australian cities — Brisbane, Perth and Sydney — over 10 days.

Last year’s Davis Cup, in contrast, started with qualifying rounds in February before concluding on November 30 when Spain defeated Canada.

But Nadal said that more work needs to be done to prevent the tournaments being scheduled two months apart.

“We need to find a way to make a deal (between) the ITF and ATP to create a big world team cup competition, not two world cups (within two months),” said Nadal.

“I think that’s a confusion for the spectators and we need to be clear in our sport.”

The swing of tournaments in Australia culminates with the Australian Open, which gets underway in Melbourne on January 20.