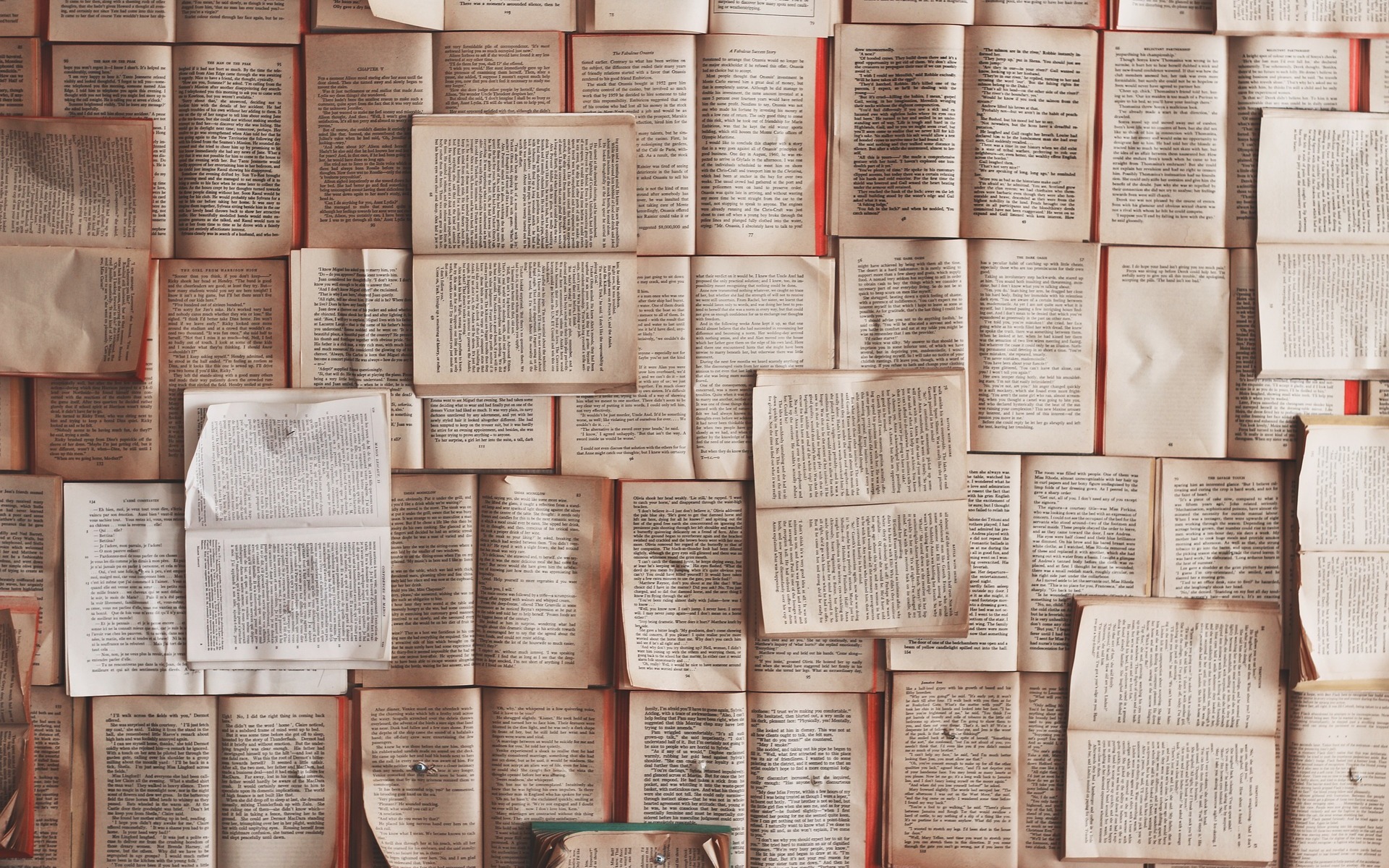 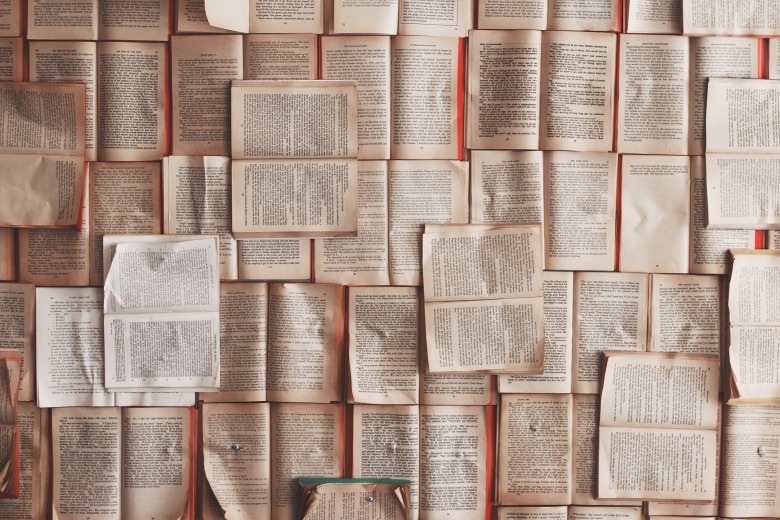 Question: Are you influenced by public scandals or not?

To say the romance publishing industry is in upheaval right now would be an almost comical understatement. It’s more scandalized than a dowager countess finding her headstrong niece alone on the lap of a rakish duke. It’s more divided than a reluctant billionaire who has to choose between the family business and his love for a beautiful corporate rival.

In a matter of weeks, the heads of the industry’s leading board, the Romance Writers of America (RWA), have stepped down amid accusations of discrimination and exclusion. The RITAs — essentially the Oscars of romance writing — have been canceled. Major publishers have withdrawn from the annual Romance Writers Convention. Dozens of prominent writers have pledged not to renew their RWA membership. And, as the ground continues to shift under their feet, authors and loyal readers are finding themselves adrift in a sea of uncertainty and mistrust.

The scandal started when prominent author Courtney Milan was punished by the RWA after she called out another author’s alleged use of racist stereotypes and questioned a publisher about a staff member who had allegedly exercised offensive and problematic views.

Since then, the situation has devolved into a gigantic, multi-pronged controversy about diversity and discrimination in the romance industry, and the commotion is far from over.

In case you didn’t know, romance is one of the biggest moneymakers in the publishing game. The industry generates more than a billion dollars a year, and romance accounts for roughly one third of all mass market fiction books sold. So it’s clear the stakes here are incredibly high for millions of readers, innumerable authors and a thriving, influential genre that is constantly fighting off outdated stereotypes and stigma. Let’s unpack the scandal, the players, and why this battle for the heart of romance publishing should matter to anyone who’s ever cracked open a Kindle.

Chapter 1: An author calls out racism

At the center of this conflagration is Courtney Milan, an author of Chinese descent who writes romances whose characters span diverse races, sexuality orientations and ages. She, like many romance authors, has an active and influential presence on social media.

In August, Milan wrote a detailed criticism of the 1999 novel “Somewhere Lies the Moon,” by Kathryn Lynn Davis, calling it a “f****** racist mess.” She highlighted a series of excerpts focusing on the novel’s heroine, who, like Milan, is half Chinese. It’s a very long thread, but there are lots of mentions of “almond eyes,” “yellow skin” and contrasts between stereotypically Western and Eastern cultures.

“I’ve said this before and I’ll say it again: Don’t write books about how much a culture not your own sucks,” Milan said (the author, Davis, is white). “Just don’t. You’re not going to get it right and you’re going to sound like a f****** racist.”

Around the same time, Milan called out author Suzan Tisdale and editor Sue Grimshaw. Grimshaw, a former corporate romance buyer for Borders, has been the subject of controversy within the industry for a while now because of alleged discrimination she showed authors of color during her time at Borders, as well as Twitter activity that seems to support President Trump’s immigration policies, ICE arrests and other politically volatile topics.

Tisdale, who employs Grimshaw as an acquisition editor, stepped in to defend Grimshaw. Milan then published a thread scolding Tisdale and outlined why Grimshaw’s influence in the industry was worrisome to authors of color. (It’s also worth noting Milan was one of the many voices contributing to this conversation. Plenty of other authors offered up general personal anecdotesof their struggle to get diverse work published in the industry.)

After these discussions, both Davis and Grimshaw filed complaints against Milan through the RWA. Tisdale’s came first, in August, and then-RWA President HelenKay Dimon asked Milan to resign as chairperson of the RWA’s Ethics Committee. Davis’ complaint came in September, and claimed Milan violated the RWA’s social media policy and hurt Lynn’s reputation and earning potential.

A few months later, in December, the RWA Board voted to censure Milan, suspending her membership for a year and banning her from holding leadership on any RWA committees.

How people have reacted

All of these complaints and decisions were relatively unknown to the average person in Romancelandia (a shorthand for the community of romance readers and authors) until fellow author Alyssa Cole, at Milan’s behest, laid the whole situation bare on Twitter on December 23rd.

The reaction was swift and scathing. Milan and Cole are part of a community of authors who champion diversity and inclusion in the genre, and like-minded fans and colleagues saw the RWA’s actions as completely backwards. The common question was this: Why did the RWA Board choose to censure someone for calling out racism, instead of investigating said claims of racism?

Some authors immediately questioned their membership with the RWA. As more information about the events that lead up to Milan’s censure came out, authors also began to raise questions about the RWA’s commitment to diversity and the process by which the complaints were handled.

Calls began to sound among industry leaders that RWA President Damon Suede, step down amid the controversy.

Chapter 4: The RITAS are canceled

On January 6th, the RWA cancelled its annual RITA awards, which honors the best in romance writing.

“Due to recent events in RWA, many in the romance community have lost faith in RWA’s ability to administer the 2020 RITA contest fairly, causing numerous judges and entrants to cancel their participation,” a statement from the RWA read. “The contest will not reflect the breadth and diversity of 2019 romance novels/novellas and thus will not be able to fulfill its purpose of recognizing excellence in the genre.”

The cancellation of the RITAs officially rocketed the controversy from esoteric industry squabble to national news, and all at once, a steady stream of announcements from major publishers roundly rebuked the actions of the RWA.

“As a leading global publisher of romance fiction that is committed to diversity and inclusion, we at Harlequin believe it is important that all authors feel included, respected and heard,” reads a statement from Harlequin and HarperCollins Canada. “Recently reported actions by RWA leadership have therefore led us to decide not to sponsor or attend the RWA2020 national conference.”

“In support of inclusive publishing, [Avon Books] will not invest in a promotional sponsorship nor have a presence at the [RWA National Conference,” Avon Publishing wrote on Twitter.

in the midst of all this comment and counter-comment, a string of RWA leaders announced their resignations in response to the scandal, including several board members, committee members and advisors. As the dominoes fell, pressure mounted for RWA President Damon Suede to resign for, among other things, his role in Milan’s censure and the alleged secrecy and obfuscation with which the decision was made.

Finally, on January 9th, the RWA announced the Board had accepted the resignation of Suedeand RWA Executive Director Carol Ritter.

“We know we have a lot more work to do to restore the trust we have lost — and we are going to do whatever it takes to get there so that we can focus on the mission of this organization: to promote the professional and common business interests of romance writers,” a statement from the RWA reads.

What it all means

While the drama has been more complex than the family tree of a troubled Regency hero, the heart of the matter is rather basic: More and more, influencers in the romance world are making efforts to champion the work of traditionally marginalized writers. In fact, it may surprise the romance newcomer to learn just how progressive the genre can be. Bestselling works by writers like Milan and the aforementioned Cole feature diverse heroes and heroines and touch on difficult topics like immigration and sexual identity. Historical romance writers have brought more diversity to their works and layer strong themes of empowerment and independence between the traditional chemises and stays.

In fact, the RWA itself was started by black romance editor Vivian Stephens in 1980, with a specific aim of inclusion and advocacy.

The question at hand is whether this inclusion and advocacy is reflected among the genre’s leaders and gatekeepers today.

At the moment, the answer isn’t clear. While the recent success of authors like Helen Hoang and the accomplishments of longstanding stars like Beverly Jenkins may represent the level of inclusion and discourse many hope for (Jenkins’ publisher, Avon, recently started a new diversity initiative in her honor), the reality is the industry as a whole is still overwhelmingly white. According to a yearly publishing survey by the romance store The Ripped Bodice, works by authors of color made up less than 10% of the titles published by most major romance imprintsin 2018.

The industry is also self aware of its shortcomings in this area. In 2018, the RWA apologized after critics said books written by authors of color were underrepresented at that year’s RITA awards. In particular, Alyssa Cole’s Civil War-era romance “An Extraordinary Union” did not appear anywhere on the ballots despite earning several other outside awards.

“It is impossible to deny that this is a serious issue and that it needs to be addressed,” the RWA said at the time.

How will it end?

Two year later, with the RWA in an undisputed crisis, authors are mulling ways to right the course.

“This entire matter has been a massive breach of fiduciary duty, and I am heartbroken that an organization that I served for four years has decided to set itself on fire in a win for absolutely nobody,” Milan said in a statement.

The RWA also needs to fill several vacant seats and choose a new leader, a Herculean task made even more difficult by the erosion of trust and conflicts of interest the scandal has created. The RWA declined to comment when contacted, but directed CNN to the statement mentioning Suede’s resignation. In the statement, the RWA says the association has hired an external firm to conduct an audit of the events leading to the controversy and has brought on a diversity, equity and inclusion consultant to “assist RWA with diversifying Board and staff recruitment” as well as future programming and events.

Works of romantic fiction can take readers across the globe, through time and into different dimensions, but the one thing that unites them is the promise that somehow, some way, everything will work out.

As this scandal continues to unfold, the creators at the heart of the romance industry will have to weave their trickiest happy ending yet.