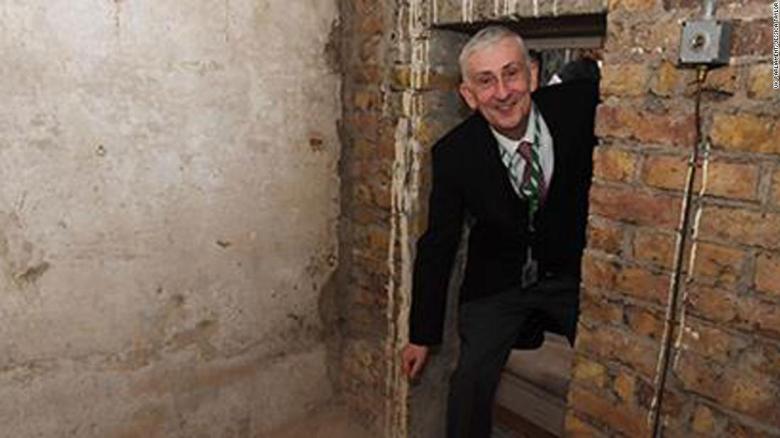 Question: Have you ever discovered or heard about a secret place?

A 17th-century door has just been discovered under London‘s House of Commons.

On February 26, the UK Parliament announced the discovery of a previously-hidden entrance that had been built for the coronation of King Charles II in 1661.

The discovery was made as part of a long-term restoration project by the Parliament’s Architecture and Heritage Team.

“We were trawling through 10,000 uncatalogued documents relating to the palace at the Historic England Archives in Swindon, when we found plans for the doorway in the cloister behind Westminster Hall,” said Liz Hallam Smith, a professor and historical consultant for the project, in a statement.

From there, the team was able to locate the hinges of two wooden doors measuring three and a half meters (eleven and a half feet) high each, with a small room between them.

Dendrochronology, a field of science that determines the ages of trees, was used to verify that the wood on the ceiling of the small passage was chopped down in 1659.

The passage was part of a longer pathway that would take people from the former location of the House of Lords into the hall where the king and queen sat.

The room’s existence wasn’t the only surprise. Inside, there was handwritten pencil “graffiti” left there by bricklayers who had helped to restore the building after fire damage in 1834. It somehow managed to survive despite the delicacy of graphite.

One of the messages, believed to be written in 1851, reads, “This room was enclosed by Tom Porter who was very fond of Ould Ale.”

The House of Commons is part of the British government complex in the city of Westminster, along the banks of the Thames.

It and the House of Lords are both within the Houses of Parliament, the building perhaps best known to tourists for being the home of beloved clock Big Ben.

Number 10 Downing Street, home to the British Prime Minister, is just a few minutes’ walk away.

The coronation of Charles II, like that of other British monarchs, was held at Westminster Abbey. He reigned until his death in 1685 and was succeeded by his brother, James VII.

“The mystery of the secret doorway is one we have enjoyed discovering — but the palace no doubt still has many more secrets to give up,” said Mark Collins, who is the Estates Historian for Parliament.

He added that he hopes it will soon be a feature of the building tours, which are taken by hundreds of thousands of travelers every year.

“We hope to share the story with visitors to the palace when the building is finally restored to its former glory, so it can be passed on down the generations and is never forgotten again.”